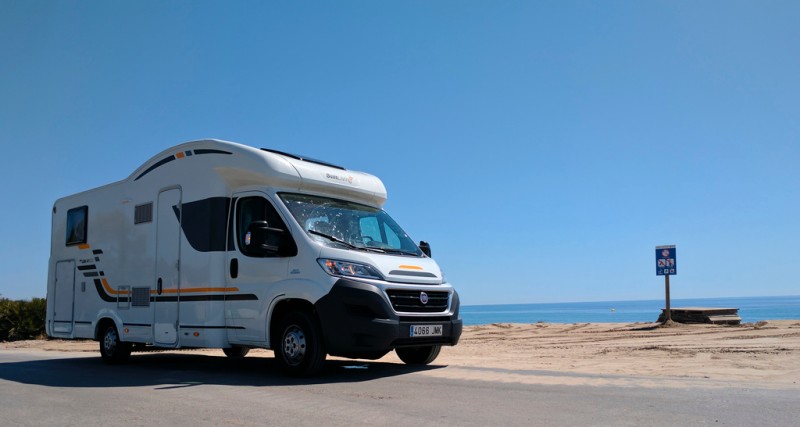 For coastal routes, you can choose autopistas, toll roads denoted with the letters AP, or free motorways, generally called autovias, marked with the letter A. You can pay tolls by credit card or cash, but be warned that they add up.

Not your parents’ recreational vehicle

You may have memories of the family’s vintage behemoth van, but today’s savvy road trippers know that modern motorhomes come in smaller, sleeker packages with nearly every amenity imaginable. Using the van’s various features is surprisingly uncomplicated, but you do need to know how to drive with a manual transmission. Do not drive into city centers, which typically have narrow, winding streets, or you could get stuck. Park farther out and take metros in.

Barcelona’s Orson Rent, https://orsonrent.com/ , offers airport pick-up and drop-off, plus campers that sleep two to five people, with bathrooms, showers, refrigerators, freezers, stove tops, two double beds and optional add-ons like bikes or barbecue grills. Rentals run 175 euros daily for summer high season, 130 for September and 110 other times. Budget another 35-50 euros nightly for campsites in peak season. Amenities like Wi-Fi and electricity are extra. In some places, vans may park overnight in public spots, but towns are less tolerant of this during crowded summer months. Know the difference between a caravan — with the living unit trailer towed behind the car — and an autocaravan, where the living unit is attached to the driver’s cab.

For anyone interested in these routes: we have fully worked out travelling schemes including most of the highlights mentioned in this article and other like the Basque Countries and the Rioja and more.