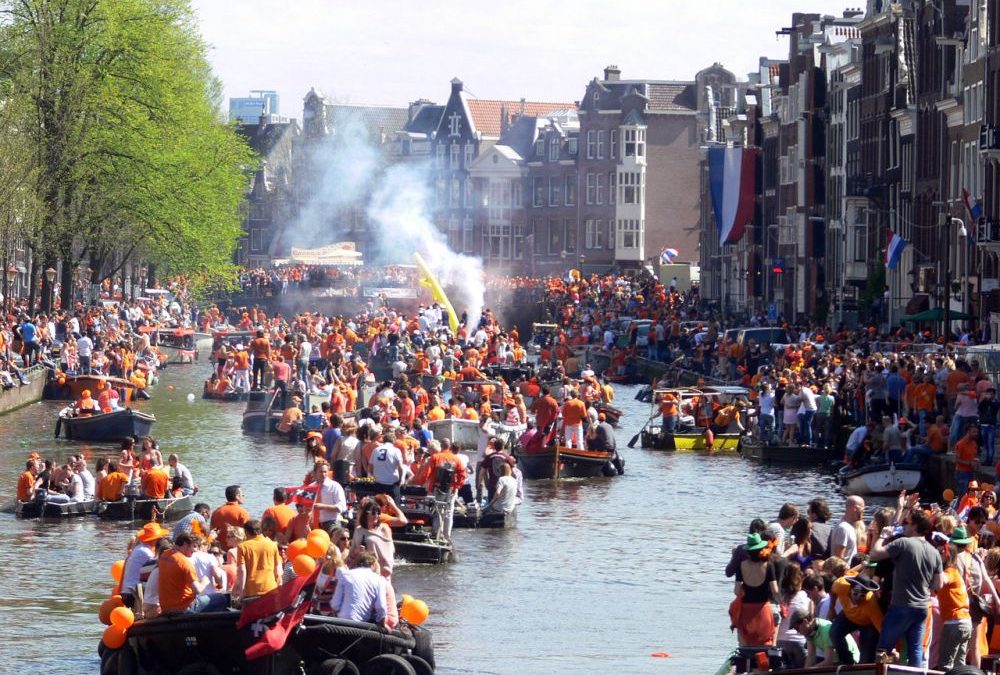 As every year, OrsonRent has again supported the Dutch Association in Barcelona this year with a nice prize for their big raffle. A long weekend with a fully equipped Motorhome.

After days of rain and a week’s delay, King’s Day could take place on the beautifully sun-drenched patio of the Dutch School in Gavà (Barcelona). As always there was a free market where the children could sell their toys, music and of course a drink and a snack. A bit off topic but as a Catalan/Spanish company it might be nice to explain what King’s Day means in the Netherlands.
King’s Day is, as the name suggests, associated with the King of the Netherlands. Traditionally, it is celebrated on the birthday of the king. But it is also a day of national unity, a day on which the Dutch celebrate that they are Dutch. This is of course reflected in the wearing of the national colour Orange, derived from the family name of our royal family: Oranje-Nassau. At the age of 11, William of Orange inherited the principality of Orange (Orange), an independent state in the south of France between Lyon and Montpellier. With that, (the colour) Orange came to the Netherlands. The Dutch flag was originally Orange, White and Blue.

Internationally, we see this mainly in athletes, but many Dutch companies also express this connection with the Netherlands by incorporating something of orange into their logo or name. During sports events and King’s Day, we all get our orange garments out of the closet. The Spaniards still know la Naranja Mecánica (Dutch national team in the 1970s) with Cruyff and Neeskens as the most important exponents, who played football together for FC Barcelona. So, on King’s Day we dress in orange and go out into the street. There are free markets in almost all towns and villages in the Netherlands with music on the street and of course we drink a beer with it. Amsterdam is world famous for it. Attracted by the beautiful images of thousands of revellers on the Amsterdam canals, thousands of tourists come to Amsterdam every year to celebrate King’s Day. A nice anecdote is that Queen Beatrix and Queen Juliana both celebrated their birthday on April 30, but King Willem-Alexander has been celebrating it on April 27 since 2013. Every year, however, there are still tourists fully dressed in orange on the 30th of April wondering where the party is.